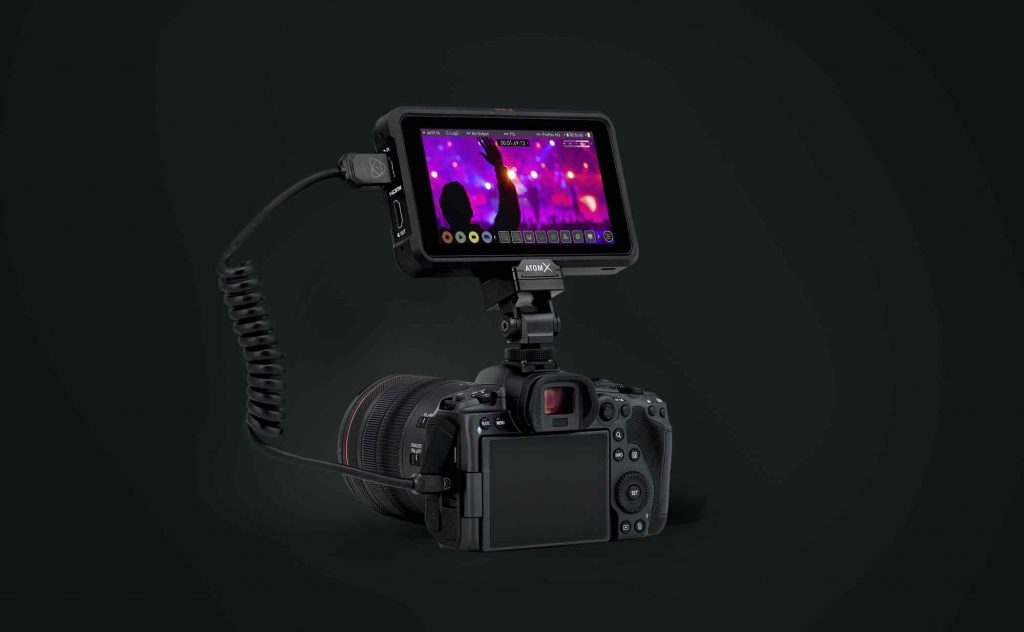 Shoot and record Log or PQ HDR
Users will be able to both monitor and record the 10-bit Canon Log or PQ HDR output of the EOS R5 and EOS R6 on Atomos devices. Using AtomHDR technology you can see every detail the sensor is capturing on-screen in real time. Alternatively, multiple 3D LUTs can also be loaded into Atomos monitors that can show the Canon Log output of the cameras with a creative look applied.

Canon Log signals can be viewed in PQ or HLG HDR standards on the Ninja V, Shogun 7 and Sumo19 to guarantee perfect exposure and color. When shooting in PQ HDR on the EOS R5 and EOS R6 the Atomos monitor can be set up to display an accurate HDR image. Images from either Log or PQ HDR can also be instantly played out to a compatible HDR television or monitor in PQ or HLG standards. 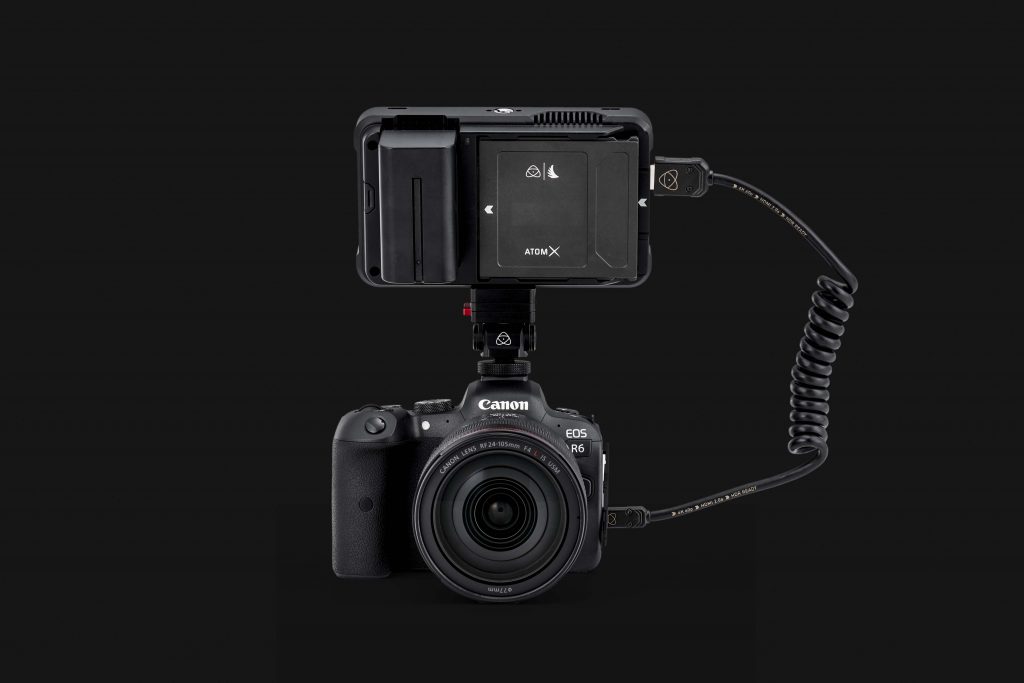 The ProRes and DNx advantage
Recording ProRes or DNx codecs ensures that footage from the EOS R5 or EOS R6 is production ready and has the widest possible compatibility with editing and grading software. This is the highest framerate 4K 10-bit HDMI video output that Canon has ever offered from a mirrorless camera. 10-bit video offers greater accuracy with billions of color combinations. This is massively beneficial when utilising computer processing for finishing. Typically, users will see smoother color gradients, eliminating the commonly seen banding in areas with gradual tone change such as blue skies. Recording to an Atomos recorder perfectly preserves this information in the ultimate way possible.

Easy multi-camera shooting
The EOS R5 and EOS R6 can be easily integrated into multi-cam shoots where other devices are also capturing in ProRes or DNx by using Atomos monitor-recorders. Multi-camera operation of the EOS R5 and EOS R6 is also greatly enhanced with the advanced wireless sync options offered by the Atomos AtomX SYNC clip-on module for Ninja V. This connects multiple AtomX SYNC-equipped Ninja Vs with cameras and audio recorders by using patented long-range RF wireless technology to communicate at distances up to 200m. At the same time, the module can bring other devices into the synchronised system via in-built Bluetooth. On iPhone and iPad this works with apps like Apogee’s MetaRecorder audio recorder to allow for a simple dual-sound audio recording setup with the EOS R5 and EOS R6. It also works with apps like the Mavis Pro camera and MovieSlate8 logging, as well as with professional audio recorders like the Zoom F6 and F8n. The result is that all footage and audio is instantly synchronized when coming to edit it – no more time is wasted trying to align clips or running additional software as video and audio sources all match up perfectly every time.

Ergonomics that match
The EOS R5 and EOS R6 plus the Ninja V are an ideal size match. The 5-inch screen only weighs 360g and sits perfectly on top of the camera. The whole setup is easy to handle, even when shooting all day long. If a larger, brighter screen is required then the Shogun 7 is the obvious choice. Move on set, and the Sumo19 and upcoming Neon series of production monitor-recorders fit the bill. Whatever your monitor-recorder requirements for the amazing EOS R5 and EOS R6, Atomos has you covered.