Atomos are excited to announce the development of RAW over HDMI recording with the Fujifilm GFX100 and Ninja V 5” HDR monitor-recorder. The Ninja V will record up to 4Kp30 12-bit Apple ProRes RAW video from the GFX100’s state-of-the-art large format CMOS sensor. 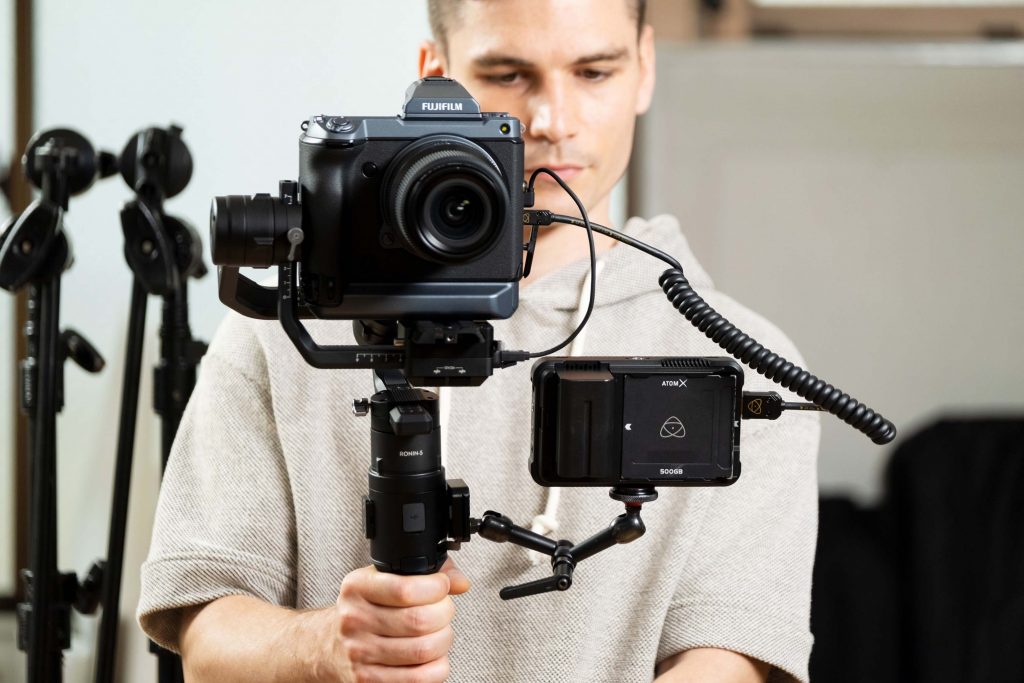 The GFX100, Ninja V and ProRes RAW gives filmmakers a whole new way to shoot. The look of large format video has recently become very popular in Hollywood, with the ability to use high quality lenses with different technical characteristics. This feel can now be achieved more affordably with the GFX100 and Ninja V, at the same time as fully harnessing the power of RAW. The resulting images have amazing depth, detail and the maximum latitude for post-production – optimal for HDR finishing or to give greater flexibility in SDR (Rec.709). 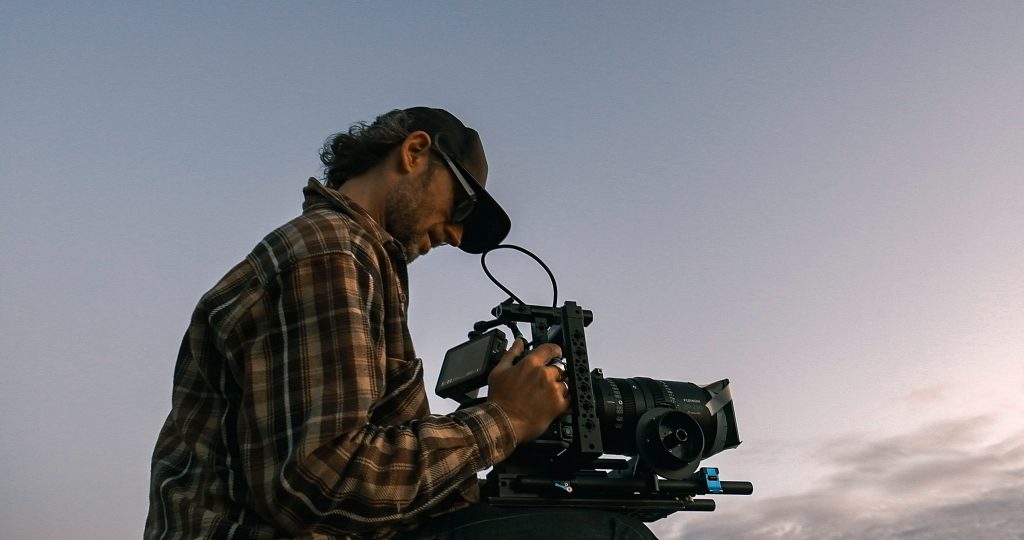 Together the GFX100 and Ninja V create a large format camera system that is intuitive to use and light enough to hand hold, place in tight corners or mount onto gimbals. TV drama, indie films, corporate productions, documentaries and even motion pictures can now utilise the GFX100 and Ninja V to get the distinctive look that is set apart from regular full-frame shots.

Atomos CEO Jeromy Young said: “I’m delighted that the Fujifilm GFX100 with our Ninja V delivers extraordinary large sensor RAW footage that was previously unattainable at this size and cost. It continues our mission to democratize filmmaking, giving cinematographers the option to own a RAW shooting large sensor video camera that’s in a class of its own. Our HDR technology, combined with Fujifilm’s long history of color excellence and Apple’s ProRes RAW codec are a winning combination. I look forward to seeing films, TV shows and commercials shot with this amazing setup.”

The accurate 5” 1000nit HDR high brightness display of the Ninja V allows users to view the GFX100 RAW signal in HDR in a choice of HLG and PQ (HDR10) formats, or utilise Fujifilm’s F-Log profile to draw on Fujifilm’s vast color science expertise. The monitor offers touchscreen access to tools like waveforms, magnify or engage peaking check focus for each angle and make any adjustments to get the perfect HDR or SDR shot. 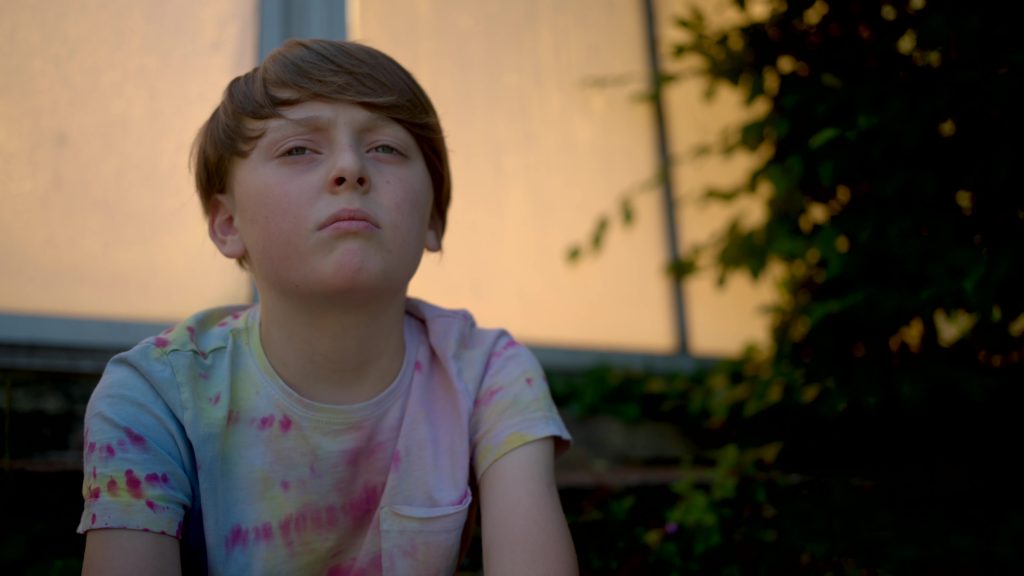 As an alternative to RAW the Ninja V can also record 10-bit 422 ProRes and DNx video up to 4kp60 from the HDMI output of the GFX100. For reliability and affordability, ProRes RAW or standard video files are recorded to AtomX SSD mini SATA drives in the Ninja V.

The Ninja V and RAW recording also opens up the camera to the wider Atomos ecosystem for enhanced on-set HDR and SDR monitoring. A video signal can be output from the Ninja V to the Atomos Sumo19, or soon-to-be-released Neon line of production monitors, for perfect HDR viewing by directors, clients, focus-pullers or anyone else who needs access to an accurate view on-set. 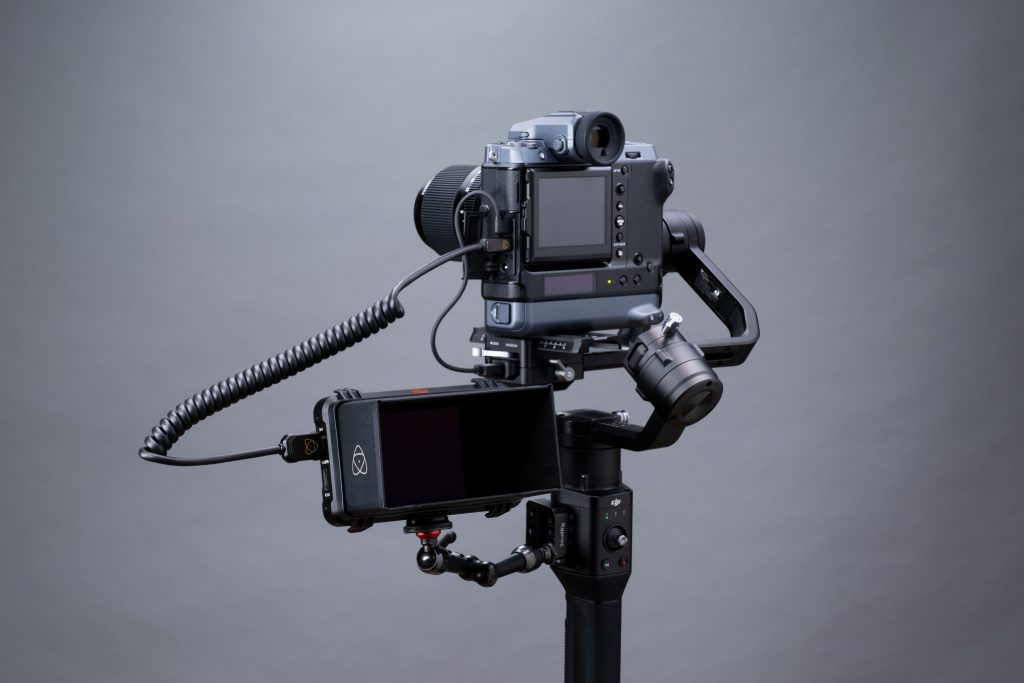 ProRes RAW is now firmly established as the new standard for RAW video capture with Fujifilm becoming the fifth major company to announce support for RAW over HDMI. ProRes RAW combines the visual and workflow benefits of RAW video with the incredible real-time performance of ProRes. The format gives filmmakers enormous latitude when adjusting the look of their images and extending brightness and shadow detail, making it ideal for HDR workflows. Both ProRes RAW, and the higher bandwidth, less compressed ProRes RAW HQ are supported. and manageable file sizes speed up and simplify file transfer, media management, and archiving. ProRes RAW is supported in Final Cut Pro X, Adobe Premiere and Grass Valley Edius, along with a collection of other apps including ASSIMILATE SCRATCH, Colorfront and FilmLight Baselight.

The GFX100 and Ninja V will gain the ability to record ProRes RAW at up to 4Kp30 via firmware update 2.00 from Fujifilm and a free AtomOS update from Atomos in July 2020.